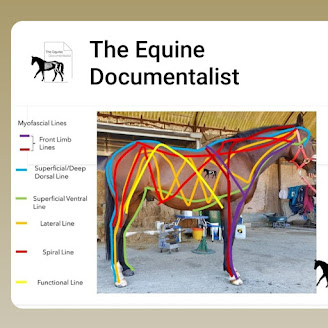 The Horse: Valuing the Whole Experience

Decades ago I was an apprentice and working student at a variety of facilities in both North America and in the UK. 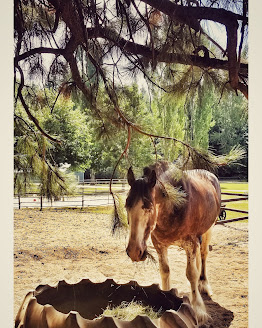 Creating a willing horse by teaching them to search

The "search" is when we ask the horse to learn how to focus mentally and then physically offer a specific response, in other words, much of our Conversations with the horse is about them searching for what we are presenting. 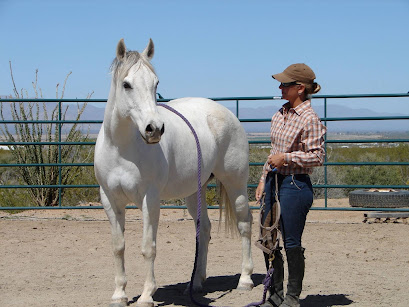 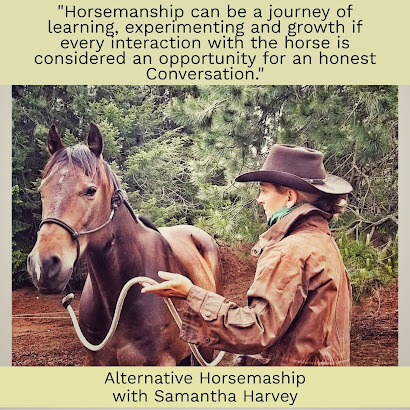 In the horse world I find there can be a lot fear, negativity and critique. This can be overwhelming, frustrating and depressing for many.

I've had a lot of inquiries about video coaching lately... It is such a great opportunity for learning. Some folks are concerned initially about how complicated it will be, it isn't. 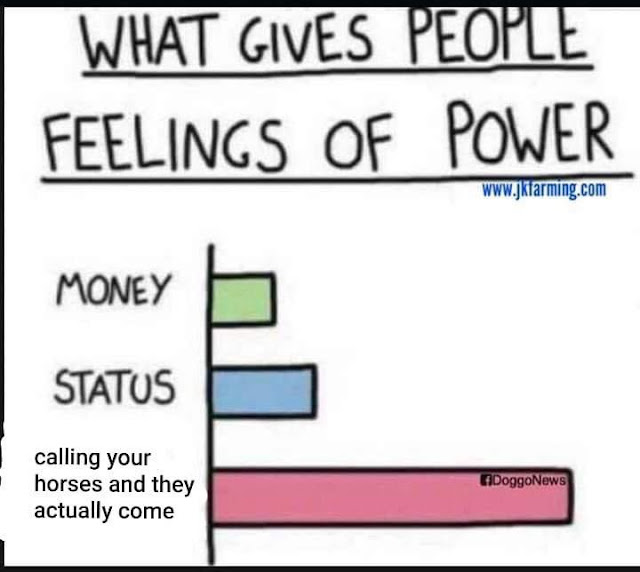 Reviewing the Release with the Horse

As with everything much left to interpretation when it comes to terminology in association with horses. I try to be clear and precise in the words that I'm offering, but there still can be a gray area in the human student's understanding. This often comes from their level of awareness, background, and unintentional anticipation/expectation of their mind "getting ahead" of wherever they are currently at with their horse. I thought I'd share my perspective of a release with a horse. Here are a few of my thoughts:
What one horse experiences as a release, could be pressure or stress-inducing to another. Often what humans assume a release of pressure is (whether physical or spatial) is not perceived by the horse in the same way, and defeats the purpose. The release is not about "asking nothing," but is a time for the horse to mentally process and emotionally purge any potentially defensive emotions. But if he is "left" standing with tension, concern, or is distracted while offered a release, it will be containment for the horse, rather than a processing opportunity. There is no set "time" as for the length of the release, it needs to be appropriate for the particular scenario and individual horse. Often the human is assuming the initial release is enough, rather than assessing the horse during/after the release to recognize if the horse needed more time, support, etc. to truly let down and process.
If the horse is dramatically/quickly "rushing" out of a release moment, then it wasn't a release.
If the horse is unable to continually release throughout the human interaction, probably too much, too fast has been imposed upon him, and can lead to mentally overwhelming and physically unreasonable behaviors. 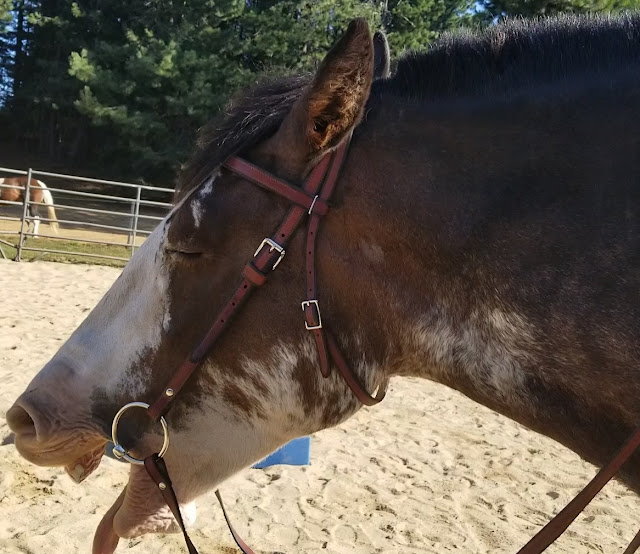 Lining up a horse for mounting video

Behind "how to lead a horse," I think "how to line up a horse" for mounting is the second most searched for topic online, followed by "trailer loading issues."
Here's the first time Hazel is learning to help pick me up from the trailer. Join me HERE for daily posts and tips on improving your horsemanship.
Would you like individualized coaching? Check out the Remote Horse Coach site for a variety of options.
Posted by SamanthaHarvey No comments:

Email ThisBlogThis!Share to TwitterShare to FacebookShare to Pinterest
Labels: getting on a horse, horse behavior, horse training, horse video, line up horse for mounting

One Step at a Time with the Horse 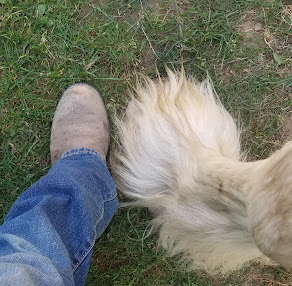 It is very easy to become overwhelmed with everything that "isn't" or is challenging, frustrating, and exhausting with our horses.
Read more »
Posted by SamanthaHarvey No comments:

Helping the Horse with Worried Eyes Question:
"Hi Samantha, The other day you talked about stress showing around the horse's eyes. I recently bought & watched your "Reading the Horse" series, and it helped me get better at seeing more subtle signs of tension sooner. It's really helpful. Thank you for making those videos available!