Behind the Scenes with the Horse Trainer 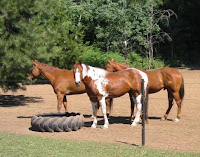 When I get a call from an owner about a potential horse to participate in training, a lot runs through my mind during the conversation.

First I always try to listen to what the owner is (or in many cases isn’t) saying.  Often by the time people find me, if the depth of my website ( learnhorses.com ) hasn’t scared them off, they’ve usually been to several mainstream trainers and have experienced a bit of “what they don’t want,” and now are realizing they have to become pickier about what they do want.

Sadly (for the horse’s sake,) anyone can (and will) hang a sign out that says they are a horse trainer.  The horses are the ones who wind up “paying” the real price in the long run.  Often there is a set program or training style that is rigid and unforgiving to the horses that don’t comply.  The consequences and outcome are for those "difficult" horses tend to become fearful, insecure, and develop distrust towards humans. At that point, the owner realizes the horse they sent to the “professional” has now come home with more issues than when they originally sent them.  And that is where trainers like me come into the picture.

Even the term “horse trainer” makes me feel a bit uncomfortable and isn’t appropriate, though I still use it to help communicate what I do.  I think “horse helper” might be more accurate.  But back to the typical phone conversations of potential clients.  I am a realist, which often leads me to see a less than “pretty” picture when I start hearing the details of what someone tells me…  Let me explain.

Owner comment (OC): “I’m not completely comfortable riding him.   He’s never done anything wrong so far, and he’d never buck or do anything bad, but he doesn’t seem relaxed.”

My Interpretation: He is a ticking bomb that is physically tolerating whatever has been asked of him, but mentally fearful, and it is not a matter of “if” but rather when his emotions will overwhelm him and he will physically explode if someone doesn’t help him.

OC: “He was really easy to catch and start riding at the beginning of last season, but this year I’m having a much more difficult time with him.”

My Interpretation: Whatever you “did” with the horse last year did not make him feel confident. This year he is attempting to prevent that discomfort by defensive behavior, such as being difficult to “catch” or resistant when you work with him.

OC: “He’s very sweet and loves me, he is always rubbing on me, but he can get a bit strong when I ride.”

My Interpretation: Starting from the ground the horse is defending himself by spatially dominating your personal space by physically rubbing on you. He continues with his taking over when you’re in the saddle, hence you feeling him heavy on the bit.  His “leaning on the bit” also means he has no concept of softening to physical pressure. My guess is starting when you lead him with a lead rope he is heavy, disrespectful, and pushy because there's never been quality associated with the "basics."

OC: “He’s a bit fussy about saddling and mounting but after that he’s fine.”

My Interpretation: Anticipation. Defensiveness.  Usually, unless there are pain issues- which often there are- saddling and mounting “issues” are the symptom, not the issue.  The horse is anticipative about the upcoming ride and so his mental and emotional concern is reflected through his excessive physical movement.

Putting it into people's terms, if you’re worried and stress do you sit still, relaxed, or are physically agitated?  Same for the horse.  When he is confident, comfortable, and clear, he’ll stand quiet and relaxed. So you get the idea.

But I also know that most owners have limited experience and exposure to horses.  For a person to recognize what the horse is communicating, they must be “clear” and available to honestly see what is going on.  If they are not 110% mentally present during time with their horse, a lot will be missed when interacting with him.

Another challenge in helping folks understand their horse is that many people live in the grey area.  They frequently have difficulty making decisions and lack confidence in establishing boundaries in general, which is reflected in the relationship with their horse. So when working with a herd animal who is instinctively searching for support from a leader, if you add an inexperienced/unconfident/unaware human to the “herd,” it isn’t long before that horse takes over.  Not motivated through dominance, but rather by survival instincts.

The longer the relationship continues with the horse “taking” the human, rather than vice versa, the more uncomfortable the human will become as they ask more of their horse.  Eventually, there will come a point where the person gets scared.  Then they finally ask for help.

Being the leader to the horse has NOTHING to do with dominating or physically constraining him, though often that is how people interpret being a leader to a 1,000lb animal. Just as with other people, it all comes down to how we communicate with one another.  If someone were to just keep screaming at another person all the time, eventually their loudness gets “tuned out.”  The same goes for the horses.  People are overactive, “busy,” distracted, rough, and clumsy, etc. and eventually the horse just learns to tune them out.

Posted by SamanthaHarvey at Sunday, December 20, 2020 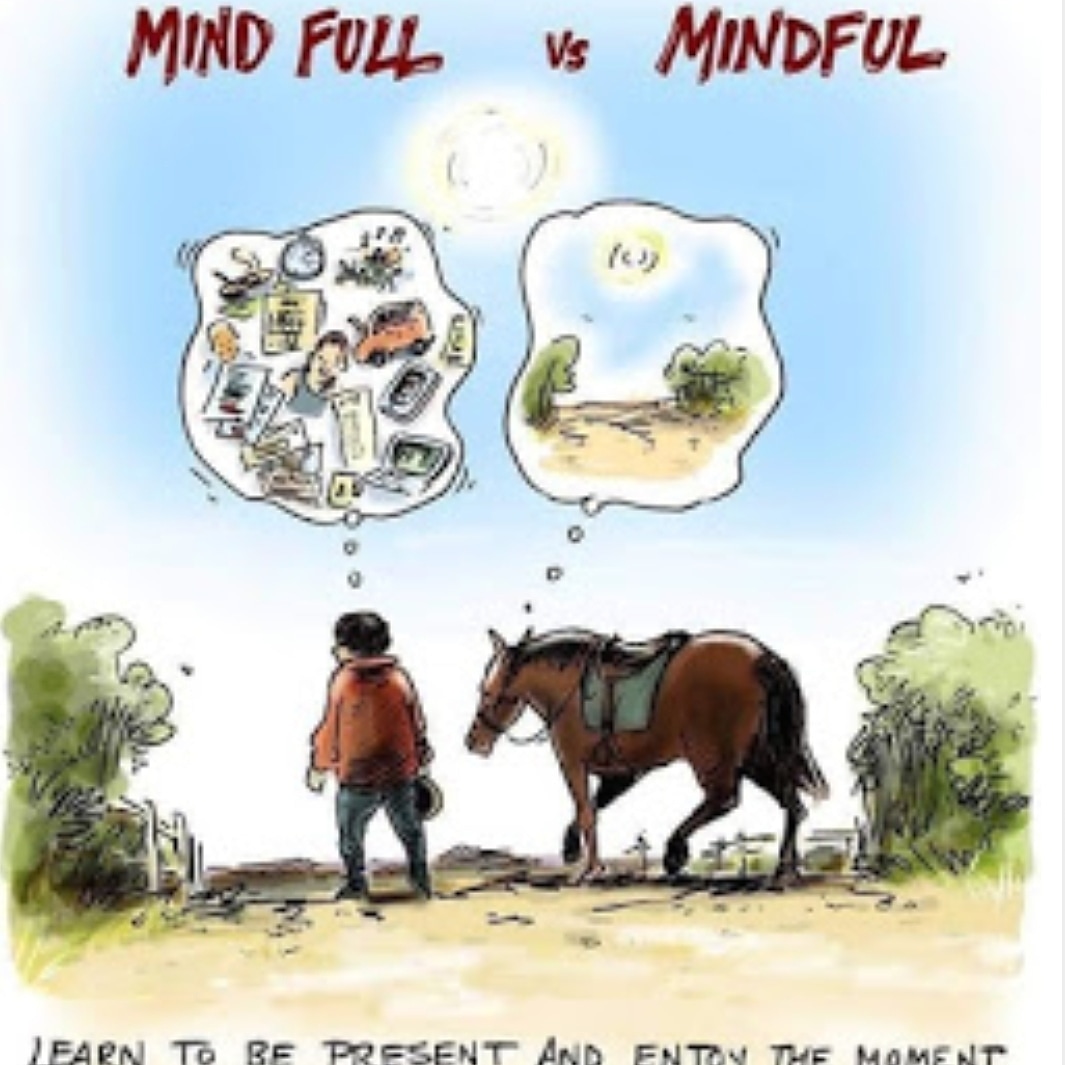